It is official, Tom Vilsack is the new Ag Secretary in the United States. Vilsack is the former governor of Iowa and Presidential candidate. Iowa has the second largest agricultural output value in the country, second to only California. If you want to intimately get to know the new secretary, check out his My Space page or Wikipedia page. 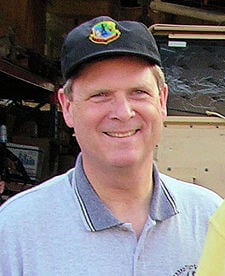 According to a report from MeatingPlace.com:

Coming from a “corn” state, Vilsack’s record on beef issues are mixed. According to the website http://www.change.gov/,Obama’s priorities have been laid out very clearly. With change continuing to be the mandate of the President Elect it would make sense that Vilsack shares those same directional change feelings. The one issue that Vilsack and Obama have not agreed upon in public is the speed as to which the troops should be pulled from Iraq as well as Vilsack initially supporting Hilary Clinton after he withdrew from the Democratic race.

According to http://www.firedoglake.com/
“Vilsack has been criticized for being to supportive of the efforts of the bio tech industry.”

Other sites such as the Iowa Independent claim:
“Expect the incoming Secretary of Agriculture to achieve tangible results that are easy to explain, because that is Vilsack€™s style. He will immerse himself in a few specific issues, come up with a few policy ideas, and set to work building a political consensus, diluting the original ideas when necessary. Don€™t expect Vilsack, a consummate pragmatist, to turn America€™s food system upside down anytime soon.”

For more reaction to the Vilsack selection read this Iowa Independent story where you can find out who is happy and who is disappointed in Obama’s choice.

Only time will tell how this appointment will affect Canadians. I think just like the President Elect, Canadians will nervously await the ripples of change as they come north.