Last month the Alberta Government announced that they were changing the checkoff rules for pork, beef, potatoes and lamb in the province. This has been a very controversial topic because of the massing theories as to what will happen with that money if a refund is requested. 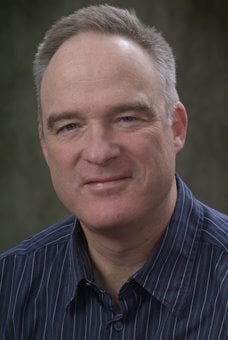 I spoke to Kevin Grier, Senior Market Analyst at the George Morris Center as to what he thought would come of the new check off rules.

“I am in favor of check off in support of ABP and Alberta Pork. If producers don’t think their association is doing a good job, then they need to participate and make changes through the structure. The issue in Alberta was probably brought to a head due to the ongoing structural and strategic differences among the cattle organizations. These differences, however, are not new and they exist across the country, so Alberta is not unique. Every province has friction between sectors of the cattle industry.

What is unique to Alberta, however, is the emergence of the new grant program, ALMA. The government, at least under the current minister, seems to want the new grant program to provide the leadership to the entire livestock industry. The minister has decided that government money, under the direction of very qualified and intelligent people from the industry, is going to lead to a more successful industry. I don’t see it.”

I would like to thank Kevin for his comments and encourage people to subscribe to any of Kevin’s publications; Canadian Cattle Buyer, Grocery Trade Review, Canadian Boxed Beef Report, Canadian Chicken Market Review or the Canadian Pork Review.

The Successors, Ep 12: Growing little potatoes, finding a niche market, and the joys of putting a crop in the ground

The Successors is a RealAgriculture podcast series hosted by Kara Oosterhuis focusing on agriculture from the perspective of the up-and-coming generation. If you sit down and talk to many of our parents and grandparents, they will remember harvesting potatoes from the garden growing up, and getting rid of the small, undersized potatoes. Flash forward to…