This post is a continuation from yesterday€™s H1N1 topic that explored Alberta Pork€™s experiences at the centre of the H1N1 media storm earlier this year. The information is based on a presentation I attended by Lee Funke of Torque Communications at the recently held Canadian Farm Writers€™ Federation conference in Edmonton.

He outlined some of the challenges facing Alberta Pork€™s response team €“ and their responses €“ at the height of the H1N1 crisis that struck Alberta when a herd of pigs was found to be infected with the influenza strain this past spring.

€¢Heightened public anxiety. Due to the situation in Mexico, there was plenty of public fear about a modern €œswine flu€ pandemic, even though Alberta Pork contacted media outlets to try to ensure they were using proper terminology when describing H1N1. Now it is known that the virus has origins in both swine and human strains, but at the time, the fact that a virus affecting humans was also found in pigs was truly newsworthy.

€¢Newly launched pork promotion strategy. Alberta Pork had been working on a revitalization strategy based on a provincially branded premium product in effort to get consumers eating more pork and bring up prices farmers were receiving for their industry. This meant the industry had to be extremely aggressive in responding or else they risked losing all the progress that had been made to date. Prior to H1N1, pig prices had just finally started to rebound in Alberta.

€¢Intense media interest. Media focus on H1N1 was at its peak when the virus was discovered at the Alberta farm. According to Funke, statistics show a 930 percent increase in media coverage of H1N1 between April 23 and April 30.

€¢Misinformation on the Internet. On blogs and chat forums, people were advising consumers not to eat pork as a way of making sure they wouldn€™t catch the virus. Many bloggers and others online were convinced H1N1 was a form of germ warfare, which fed the growing public paranoia.

€¢Uncharted regulatory territory. Alberta had introduced a new animal health act in January 2009, which made influenza a reportable disease. This meant the affected barn was quarantined, but there was no infrastructure in place to address what happens after the quarantine was imposed.

€¢Strong international responses. Countries around the world were unsure how to react. Over-reactions mean feeding public fears but under-reaction leaves the perception that the threat isn€™t being taken seriously. This meant tourists in China quarantined in hotels, soccer stadiums shut down in Mexico City and the slaughter of Egypt€™s entire national pig herd.

€¢Follow international happenings. Because the story was also continuing to unfold globally, it was important to stay on top of what was happening on the international stage. Daily briefings by the World Health Organization (WHO), Centers for Disease Control (CDC) and Organization International des Epizooties (OIE) had a direct impact on happenings in Alberta.

€¢New questions daily. Every day there were new questions about everything from public health to economic impacts and animal welfare.

€œOnce we knew we had an affected farm, it was important to protect them from the media onslaught,€ says Funke. €œBut we also knew we had information to get out and that if we didn€™t respond, somebody else would.€

Responding to the crisis:

Alberta Pork operated a crisis communications centre whose role was to manage all decisions regarding the issue. €œYou could characterize this like an air traffic control tower,€ Funke explained, adding that those within the tower operated under a triage mentality. €œAlberta Pork had limited staff resources so decisions had to be about which actions were within the organization€™s mandate and which ones we just could not respond to.€

They used a risk communications approach with everything they did to create an inormed public and prevent ineffective, fear-driven responses to H1N1. This was aimed at three main audience groups: consumers, policy makers, and pork producers.

Alberta Pork implemented a four-pronged strategy based that focused on aggressive crisis communications, enhanced consumer education, greater use of internet and social media and generating public support for industry. This was supported by four key messages:

€¢Pork is safe to eat

€¢Canada and Alberta have strict regulations to ensure safe food

€œWe wanted to be transparent and accessible and get the facts out as quickly as possible,€ Funke said. €œThe science was on our side and we already had biosecurity in place on most Alberta farms. So we didn€™t need excessive spin €“ we just needed to tell the truth.€

Their efforts focused on convincing consumers that pork producers put public health and safety first. The day after their first news release went out, Alberta Pork received 150 media calls. Following a joint media briefing held with government officials, they simply could no longer keep up to the sheer volume of media inquiries.

€œWe had 75 media outlets at the briefing, which was also carried live on CBC Newsworld and CTV Newsnet,€ said Funke. €œWe wanted as wide an audience to hear our message directly and then we could deal with media calls one on one as they came in.€

Although they were releasing information as it became available, Alberta Pork faced difficulties in dealing with the media. Some reporters were travelling from farm to farm to see if they were the one with the outbreak, recalls Funke, which caused farmers to panic and increased the biosecurity risk.

In an effort to put a stop to such behavior, Alberta Pork contacted news outlets to ask them to stop going out to farms and issued a news release to remind media that if they needed footage or wanted to interview farmers, Alberta Pork would facilitate that for them.

But despite the quick and thorough response, many things remained beyond Alberta Pork€™s control. The World Health Organization initially issued a warning about consuming meat from pigs infected with H1N1, and although they eventually release a clarification, the damage was already done.

Within days of Alberta announcing it had H1N1 in a herd of pigs, 27 countries around the world announced partial or full bans on Alberta€™s pork. This cost the industry over $1 billion in revenues as those countries represented 60 percent of the international market for Alberta€™s pork.

So the need for an enhanced consumer education program was clear, Funke said. This included radio and newspaper public service announcements, as well as a strong web presence the provided continuously updated information for consumers on what was happening.

Dr. Cate Dewey, a swine researcher and veterinarian at the University of Guelph, hosted a brief information video that was posted on YouTube. And finally, a series of barbecues and public events were hosted across Alberta throughout the month of May to remind the public of the impact of the crisis on hog farmers.

€œIt was important to generate public support for the industry, especially with there being less demand for pork at the retail counter,€ says Funke. €œOur experience with BSE showed that the public has considerable sympathy for farmers affected by circumstances beyond their control. €œ

The efforts paid off, says Funke, when a Harris Decima survey conducted in August showed that the vast majority of Canadians understood that there is no risk of getting H1N1 from pork products. 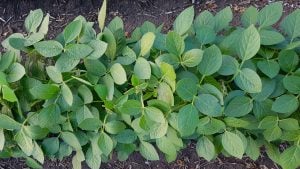 Grain markets found green again to end the last full trading week of March as capital inflows into the space and demand for essential foodstuffs remains strong. That said, only wheat had a positive day on Friday as the rest of the complex and broader equity markets saw a sell-off. The Canadian Loonie finished the…Read more »