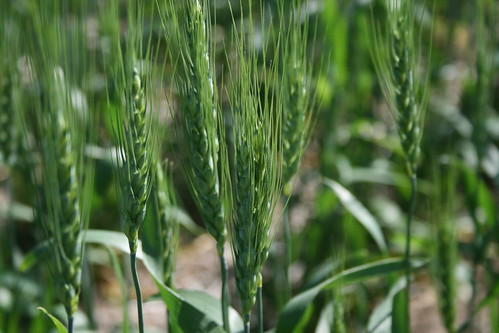 Sean Gardner may have the future of the wheat industry in his hands.  As the Monsanto Global Wheat Lead, Sean is charged with the task of leveraging Monsanto’s current breeding technologies to bring biotech wheat to the market and to develop a value capture model for wheat.  It is no secret that the wheat game just got interesting.

The biotech companies have entered the wheat breeding arena because there are 500 million acres of wheat globally.  What companies like Monsanto are hoping is that they can demploy and leverage their corn breeding technologies and use them in their wheat programs.  For example, Monsanto is planning to use double haploid, industrialized marker systems, and biotechnology to achieve their objectives of drought tolerance, nitrogen use efficiency and inherent yield.  What you will not hear Sean say in the below video is that initially herbicide tolerance is an immediate game plan.  Many critics of the biotech wheat initiative too quickly jump to the round up ready conclusion and argue against the promise of biotech wheat.  As I have said many times, this is not about round up ready wheat.  This is about development, investment in wheat breeding, and pull type trait demand by the industry and consumer.

Please comment below on what you think of biotech wheat and whether it would be a benefit to you as a consumer or farmer.

Sean Gardner is the Global Wheat Lead at Monsanto and is based in St. Louis.
If you cannot se the below video click here

Talking to Farmers: Is 150 bu/ac Wheat Possible in Western Canada?