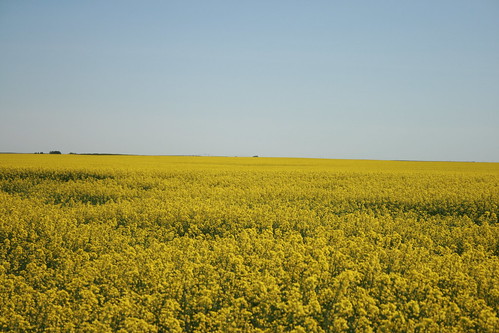 Few debates in life involve an all or none scenario. Some people try to make things this way but in reality it is not possible. This is similar to the debate of whether organic agriculture and modern agriculture can co-exist.  The better question is why not?

As I have mentioned many times on this site before, I believe that both of these production methodologies can co-exist because I have seen examples of where they do and the application of common sense would also lead to that conclusion.  Below is an interview with Laura Telford from the Canadian Organic Growers.  This is the conclusion to my interview with her from last week about the book that was published criticizing organic certification in Canada.  In this segment Laura and I discuss the co-existence of modern agriculture and organics.   I really feel that my discussion with Laura displays the gap between reality and fantasy on this topic.  You be the judge.

What I find interesting is that no matter what side of this debate you are on, your perception of reality may be a bit clouded in political mantra.  I believe that the market (consumer) has the ultimate decision on what should be produced on farms.  In fact I think that most anti-biotech sentiment is more about being anti-multinational and less about your belief on sustainability.

Here is a list of the things that I know to be true:

As an example of the reality gap in the above interview with Laura Telford is the discussion about  the loss of the organic canola business in Canada.  The canola industry is talking about 19 million acres in Western Canada this year.  To think that we would have 19 million acres of organic canola is simply wishful think.  The introduction of GM canola created room for expansion for the crop type and new opportunities for farmers of all sizes.

At the same time many consumers love the idea of buying organic production.  When I question many of those people they have real no understanding of what they are buying. The definition of organic food seems at times more spiritual than a production system.  For the organic industry to grow I think that some of the production QMS systems need to be improved but at the same time it will require a shift from a spiritual lifestyle to one that involves economic sense on the farm.

Even though I disagree with Laura’s position I respect her passion for agriculture.  For some farmers producing organically is the right decision for their farm. For other farmers they believe that growing corn with stacked traits gives them the greatest opportunity for achieving profitability and sustainability.  What I want is the playing field to be equal.  The organic industry cannot avoid proper certification by suggesting its the spirit of the production system but at the same time insist that biotech crops are buried in regulation.  One of the reasons that only large multinationals can afford to develop traits for biotech crops is that the regulatory process forces it due to the size of the regulatory staffs hired within these companies.

One of the tests that I use commonly to define if someone is an agricultural realist or a zealot is a question that I asked Laura.  If Monsanto came to the market with an organic triple stacked corn hybrid would you consider growing it.  Not surprisingly most people say no, but Laura said yes and for that I give her credit.

What are your thoughts about this debate?  Leave you comments below.

RealAg LIVE! with Christina Crowley-Arklie on the mainstream perception of agriculture

Tattoos or GMOs? Scenes From the ‘Natural Foods’ Section