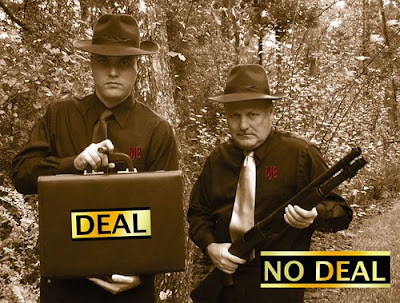 Last week BHP’s bid to purchase Potash Corp was killed by the Federal Government.  Led by Brad Wall, Saskatchewan Premier there was a very vocal opposition and the deal was squashed by Prime Minister Stephen Harper’s Federal Conservatives.  What has been treated like a vote on the sovereignty of Saskatchewan, there has been jubilation from many farmers and citizens in Canada.   Watching the reactions on CBC and BNN has been interesting to say the least. Many are saying the federal government had no other option and some are saying that this is a major mistake internationally by the Prime Minister.

SEE WHAT KEVIN HURSH SAID ABOUT THE DEAL LAST WEEK

To build on the comments from Kevin Hursh last week I thought it would be informative to get the position of a money manager that would see this whole chain of events from the view of Bay Street and the shareholders of Potash Corp. Tony Demarin is the President of Blue Chip Value Investments in Winnipeg and he talked to me about the Government’s decision to say no and whether this was the right decision for the future of Potash Corp’s shareholders.

Spring fertilizer application pace behind normal — could a rush cause a logistics pinch?

Thanks for tuning in to this Wednesday edition of RealAg Radio. Today's show is bought to you by PRIDE Seeds. We will hear from: Stuart Person with MNP, on reducing financial stress on the farm; Cornie Thiessen with ADAMA Canada, on the decision to pull Silencer out of Western Canada; and, Russ Crawford on a…