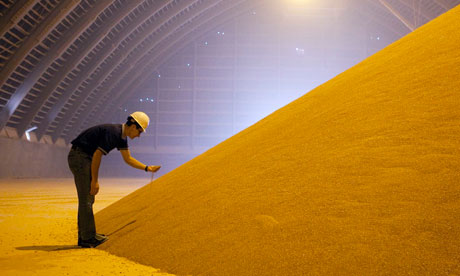 Unless you have been hiding under a rock this week you probably have heard about the Canadian Federal Government killing the BHP acquisition of Potash Corp. Saskatchewan holds a significant amount of the world’s potash and the more people I talk to the more that I realize this is more than just about selling a Saskatchewan based company to foreign interest.  It is also about reduced tax income and potential control of Saskatchewan’s most important natural resource. The big surprise this week was that Stephen Harper Conservatives turned down the BHP bid which has gone in the face of traditional conservative free market business philosophies.

I talked to Kevin Hursh why he thinks the federal government put the brakes on the deal. Kevin explained to me why this deal is different than Viterra acquiring grain handling assets in Australia and he speculates on what will happen next in this saga of international business.

ADM says all eyes are on the U.S. river system when it comes to fertilizer market moves and prices

Women choose the sheep and goat industries more than any others: StatsCan