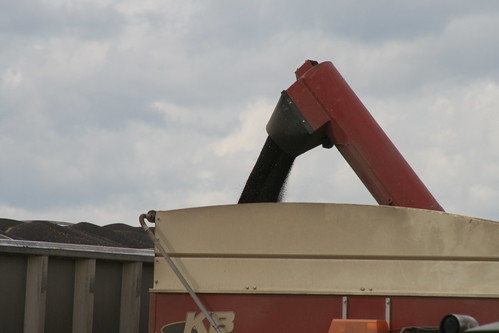 In Western Canada, canola is the talk of the town at every coffee shop.  Farmers are booking canola seed at a rapid pace to ensure they have seed to plant in 2011.  It would be even more interesting to know for the seed that has been bought, has a higher amount of the commodity crop been priced in comparison to the five year average.  Or are farmers just letting this wild storm ride, hoping for a similar story  to lentils last summer.

The justification for the growth in acres is based on several things and some might even call it a perfect storm.

Canola acre forecasts are prevalent everywhere.  People are talking 18, 19, 20, or even 21 million acres of canola this summer.  Personally I have hunches but no real quantitative forecast or analysis.  I I had to guess today I would say 18.75 million acres.  Just a hunch and nothing more.

I phoned ten people that I consider to have a stake in the canola industry.  These are ten people that are involved in canola seed production, canola processing, canola retail and / or canola farm production.  All are independent of each other and did not know what any of the others said.  They all provided me with their thoughts and not the thoughts of their employer or others.

The following were the acre estimates that I received.

The average of this industry poll is 18.625 million acres and the range is 18 – 20 million acres.  Makes sure you vote in the poll below and lets see how close our readership and industry experts are to the real number this summer.

Variables that will affect the actual number will most likely be the moisture conditions in the spring and how strong the canola price stays with the high acre number being discussed.

Happy voting and good luck with your guess.

If you cannot see the poll below click here

Canola School: One cool crop — how canola sequesters carbon and reflects the sun

Chasing yield goals usually starts with a favourite or promising new hybrid or variety, but navigating the sea of options for corn and canola can especially be overwhelming. To help navigate the decision-making process on variety or hybrid selection, host Lyndsey Smith is joined by Ian Epp with the Canola Council of Canada, and Marty…