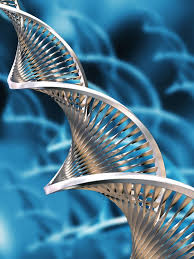 The standard rule of thumb for polite dinner conversation is never talk religion or politics. When it comes to the topic of biotechnology and GMO crops, it may be a good idea to make another addition to that list. Depending on who you talk to the opinions can range from ” those companies are raising franken-corn that’s killing our kids!” to “those hippies are starving third world kids!” There is no doubt that the issue can be contentious and emotional.

No matter where you stand on the issue the fact is that the population is growing and conventional agricultural methods can’t keep up. The recent rise in food costs globally, sparked by the rise of commodity prices is a result of increasingly tight supplies. Shifts in consumer demographics such as the rise of the middle class in China mean increased demands in different areas of production. When it comes to human beings, those food demands have to include certain vitamins, minerals and protein structures. Any slump in production by one country is felt across markets globally.Those “slumps” in production are usually based on weather, disease or disaster. Scientists are attempting to ease some of those slumps in production with offerings in the area of biotechnology and GMO. Dr. William Wilson is a professor at North Dakota State University and the Co-Director of the Center of Excellence in AgBiotechnology at North Dakota State University. He spoke at the March series of the Tiffin Conference in Lethbridge, Alberta where we asked him about the issues surrounding biotechnology.