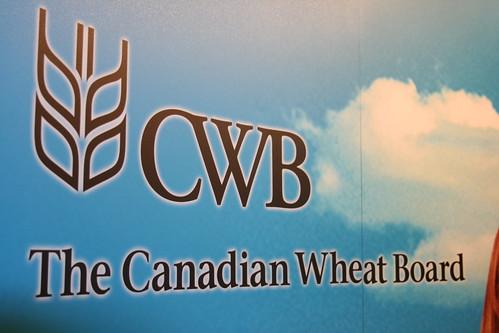 With the Conservatives winning a majority it took very little time for the speculation to begin on how long it will take the Canadian Wheat Board’s single desk responsibilities on wheat to be extinguished.  It was interesting to watch the live discussion on twitter while the election results were being posted on CBC.  While some farmers thought the single desk would be gone by breakfast a few people thought it might not even happen.   Well I am here to tell you that the single desk is going to vanish from the clutches of the CWB which will make the next four to five years very interesting.  Here are some random thoughts I have had about this topic since the majority was announced.

All in all I think that we will have no more single desk within three years which will dramatically change the landscape in Western Canada.  The challenge will be for many farmers to try and steer their way through this change.  I think that many farmers are licking their lips but at the same time it will be more different than anticipated.  The key is that this is not the death of the CWB but a dramatic change.  Just like farmers have to be up for new challenges, the CWB and its leadership must do the same.

The U.S. had increased dairy market access to Canada through TPP and they gave it up

Thanks for tuning in to this LIVE! edition of RealAg Radio, recorded in front of a fabulous audience at the Agriculture Excellence Conference at Canmore, Alta. Today’s show is brought to you by RBC. On this episode, host Shaun Haney is joined by: Heather Watson, executive director of Farm Management Canada on programs offered by…