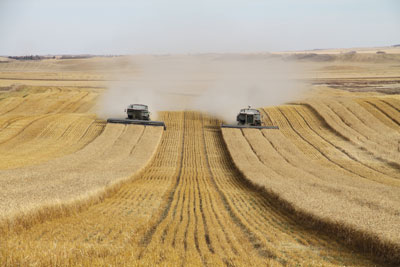 Fast forward to this summer where we caught up with Steve again to see if that same enthusiasm is still present. To make a long story short, it still is. That being said, the whole process has opened his eyes to a few things. One of those things is how much you are at the mercy of technology when it comes to controlled traffic farming, another is the constant tweaking of equipment that has to be done to make things work. But all of those little problems are to be expected when you’re doing in Alberta what’s only previously been done in Europe and Australia. I got an update on how things are progressing when I caught up with Steve near Aldersyde, Alberta.

Canadian Pacific Railway is the new owner of Kansas City Southern as of December 14, 2021, although KCS must continue to operate independently until the U.S. Surface Transportation Board approves the North American railway marriage. Upon closing of the US$31 billion deal on Tuesday, the shares of KCS were placed into a voting trust, and…