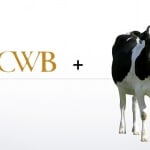 With the final steps toward the ending of the single desk coming ever closer, the ante continues to be upped as the current CWB board fights to gain a hearing. The extremely polarizing debate continues to cause deep divisions amongst producers, even more so in what appear to be the final days of the CWB monopoly. The rhetoric is at new and unprecedented levels as lawsuits are launched on both sides and campaigns are in full swing. Some groups are even claiming that this change is the end of local food and young farmers……huh?

In this episode of the Agmedia Roundtable we are joined by Lyndsey Smith, editor of Grainews and Andrew Campbell owner of Fresh Air Media to discuss what we termed the “CWB Boondoggle” and the legitimacy of the proposed threat to supply managed industries.