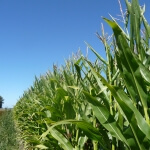 Ethanol has been the subject of scrutiny regarding a number of issues, from its impact on corn prices to its effect on food production even its impact on the cattle and hog industries. The Conference Board of Canada released this week the results from its look at the industry. The report focuses on the impact of ethanol in a number of areas including its environmental and health effects as well as the the energy balance between ethanol production vs the energy ethanol produces. The study finds a number of positive conclusions regarding ethanols impact in a number of areas.  For example the Conference Board of Canada believes that the actual impact on prices is less than you think, the actual impact on acres is less than you think, and that it is much greener than you have been led to believe.

I spoke with Len Coad, Director of Environment, Energy and Transportation for the Conference Board of Canada about the study and why he believe the ethanol industry is a net positive for agriculture and society.