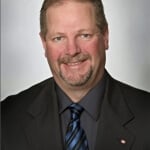 Today’s Canadian corporations are held accountable by their shareholders and a solid corporate governance structure. No doubt one might think the CWB as a corporation is a responsible corporate citizen in Canada. It has a policy to which all its directors sign yearly to uphold standards of governance where fiduciary duties are to work in the best interests of the corporation come first. Duty of care, duty of loyalty, sound ethics and the ability to distance one’s self from special interests groups and political lobbying are all part of the CWB’s governance structure.

It has been long debated with the CWB as to who owns it? As a former director with the CWB, that question has been asked internally as well, and it has been repeatedly understood that ultimately the Government of Canada is the owner. With that and recognizing the supremacy of Parliament we have acknowledged that any changes to the CWB Act. must be followed and respected by its directors.

GET CAUGHT UP ON THE CWB BOONDOGGLE

Most recently that was made clear to the current board in a directive (given under section 18 of the CWB Act) on Oct 18 the same day as the introduction of the “Marketing Freedom for Grain Farmers Act”. That directive states “it should avoid extraordinary actions or commitments that would be contrary to the best interest of the CWB”. This was best describe to the board as a sharp reminder that while it may consider the interests of various stakeholders, its obligations is to act in the best interests of the CWB as a corporation whether it is with or without the single desk. In my opinion, the group of 8 has violated this directive, and is clearly acting in their own self interests and not in the best interest of the corporation.

In trying to interfere farmers future, whereby we as producers can continue to use the CWB as a voluntary entity, goes against any sound judgment. In my opinion, the group of 8 has cast a shadow of disrespect upon employees of the CWB, and to the reputation the CWB has with western Canadian farmers along with its domestic and international customers.

If they truly were working in the best interest of the corporation and farmers, they would be respecting the views of producers from years of CWB surveys that show no support for the single desk for barley, decreasing support of wheat producers and a strong lack of support from farmers under the age of 45. Question needs to be asked? Where is their vision for the future? Clearly there is none. This goes once more the total disrespect for the declaration these directors signed regarding the CWB’s code of conduct and conflict

This post is the opinion of Jeff Nielsen and not of RealAgriculture.com or its sponsors.

Where could Ontario farmland prices go in 2018?