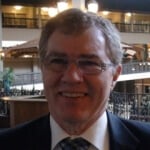 Lentil acres in Western Canada are projected to be down this year by as much as 25%. This according to Brian Clancey of Stat Publishing comes as a result of poor prices and a poor quality crop of off-grade lentils last year.

Farmers are being challenged in their commitment to lentils.  The income potential of lentils is not good in comparison to other crops like canola.  Reds and green lentils are both challenged with poor price performance.  “Over production of lentils in the past two years has impacted the prices of lentils”, according to Brian Clancey.

We asked Brian Clancey what he thinks will happen to lentils in the next twelve months as the industry tries to chew through a large carry over.  The other question is how will lentils buy acres against other crops in 2012?  As farmers scare the trade into a lower acreage number, will the trade raise bids to entice a stronger planted acreage?

See past contributions from Brian Clancey

Pulse School: Checking up on disease development and nodulation