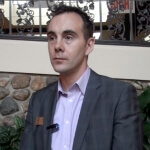 The Canadian pulse industry has room to grow, a lot of room. The Saskatchewan Pulse Growers Association has targeted growth of 7 million acres by the year 2025. As aggressive as that may seem, Executive Director of the organization Carl Potts says it is achievable for a number of reasons. One of the first of those reasons is the amount of funding going into research and development into the pulse industry. The organization spends half or greater than half of its annual budget on research into things like developing new and better yielding varieties.

Another reason supporting the expansion plans is the potential for expansion into overseas markets. If periodic Canadian quality issues can be overcome to the point where a consistent product can be delivered to meet end users demands, our exports could jump.

The potential for increased domestic use, especially in processing is also a reason to support expansion. If Canadian processors start to incorporate more pulses into their products in even small amounts, it will add up. Given the nutritional profile of pulses, the potential is there.

Get Reacquainted with the Wick Weeder