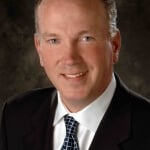 If you only read news headlines, you’d probably be left with the impression that most of 2011 was a rough spell for Canadian agriculture. But if you dug just a bit deeper, you’d see there’s plenty of room for optimism in our sector.

From the 30,000-foot level, the statistics suggest a stagnating industry. Our previously strong balance of agriculture trade plateau-ed at a time when global food-commodity shipments have been improving. And according to a 2011 EU report, China – yes, resource-hungry China – squeezed by Canada to become the fourth biggest agricultural exporter.

First, 20 years of adversity and ingenuity have positioned Canadian farmers for success. Our crop rotations are among the most diverse and sophisticated in the world. As a result, we’re set for growing agricultural trade. On a volume and total value basis, we’re the largest exporter of dry peas, lentils and, of course, canola/rapeseed based on 2009 FAO data.

And even among crops where we don’t lead the world in total production, our reputation for quality allows us to command top per-tonne prices. That includes wheat, barley, dry beans and soybeans. (In these crops, we are among the top nine exporters and our crops command prices that are among the top three.)

These are crops we’ve produced for scores of years – so what’s different now? Well, let’s place them into a demographic context and ask, “Where is the demand for high-quality food growing the most?” China and India. The middle class in India, according to the most recent estimates, is already made up of 30–300 million people. In other words, the middle class in India is, at the very least, already as big as all of Canada. And according to a November McKinsey report, the emerging middle class, largely in India and China, will top three billion people.

Now consider the diet of India and you’ll see the opportunity. Dry peas are India’s third most imported agricultural commodity (after palm oil and raw sugar). Soybean oil, dry beans and other pulses are also high on the list.

In short, we have a global middle class that is growing faster than at any time in history, and we’re producing the commodities that many of them prefer to eat. That, to me, is good news.

I don’t want to give the impression that I’m only looking through rose-coloured glasses here. A parity dollar and the emergence of new global competitors (for instance, Brazil and Argentina) put pressure on our agricultural industry. And global trade barriers will need to be lowered. (For example, it will very important for Canada to have agreements in place for trade across the trans-Pacific countries, something already in discussion between the Trans-Pacific Partnership.)

We all acknowledge, though, that global trade conditions and the weather are beyond our control. But when it comes to making the right moves within the realms that they do maintain control over, Canadian farmers should be patting themselves on the back. They’re ready for the future.

“The Coquihalla is arguably the most important highway in Canada,” stranded Alberta farmer shares perspective on flooding

Popular Fungicides Under Scrutiny, Possible Ban in the EU — What Does This Mean for Canada?

Jay Bradshaw is President of Syngenta Canada, an agri-business committed to sustainable agriculture & farming with future generations in mind. With products in crop protection, seed care and seeds aimed at raising farm productivity, Syngenta is helping bring plant potential to life. Syngenta was formed in 2000 and Jay joined the team as President of Syngenta Crop Protection Canada, Inc. in 2001 at the head office in Guelph, Ontario. He brought with him a passion for agriculture and a leadership style that focuses on empowering the Syngenta team to shape the company's reputation and future. Jay was born and raised in a farming community in the Eastern Townships of Quebec. He is a graduate from the University of Guelph's Ontario Agriculture College in 1982 followed by an M.B.A. from Saskatchewan in 1986. Jay is currently serving as Past Chair of CropLife Canada and is an active community hockey and soccer coach. He lives north of Guelph with his wife Kathy and their two sons.