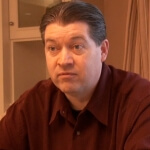 The World Trade Organization’s ruling on the country of origin labelling (COOL) legislation brought some small sense of victory to the Canadian beef industry. The excitement over that victory was short-lived however as producers realized that any tangible results stemming from that ruling would be a long way off. The potential for an appeal by the U.S. is very likely, and any legislative change, should we win that appeal, would take us down another long road prior to any concrete resolution. Some interesting pieces to this puzzle is that both the National Cattleman’s Beef Association and the American Farm Bureau have passed resolutions to urge the US government not to appeal the ruling. One would have to question who COOL is actually trying to protect if American farmers themselves are not behind the legislation.

So where do we go following the COOL ruling, and what approach do we take as an industry towards a diplomatic solution? I spoke to John Masswohl, the Director of Government and International Relations for the Canadian Cattlemen’s Association at NCBA 2012 about the ruling and where we go from here.