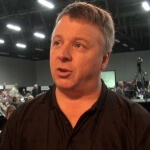 There are many farmers and many Canadians, that if you asked “Do you feel that government hears your voice as a farmer?”, would launch into a frustrated and angry tirade about any number of issues under their skin. In some cases that’s a legitimate expression of a system that failed them, but in a greater number of cases, with a little digging, you’ll find that there was either a half hearted attempt to make themselves heard if at all or the point they were trying to make wasn’t explained or presented as well as it should have been. The fact of the matter is that MP’s are busy people that represent a lot of different people with a lot of different interests. Coming at a meeting from that standpoint alone will change your approach.

There are times when waving signs and marching in the streets is necessary, but that shouldn’t be your first option. A well thought up and well presented case makes the most of the time given to you and let’s your MP understand and consider what you have to say right now instead of trying to decipher what you said at the end of the day and after a string of other meetings.

See past discussions with Richard Phillips

Richard Phillips of the Grain Growers of Canada brought that message to farmers at this years FarmTech conference. Richard is passionate about helping farmers be heard by government by working within the system to the best of their ability. I spoke to him at FarmTech 2012 in Edmonton, Alberta.

A soil with excellent structure will allow healthy root development, have good water infiltration, and support equipment; but compaction and tillage can destroy structure and create root-zone challenges. Controlled traffic farming — where tire tracks of all implements are focused on the same route — is one way to decrease tillage and overall compaction. What…