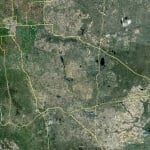 The Alberta Government has always held to the position that the Land Stewardship Act was created to protect Alberta’s environment and allow for sustainable development to occur in the province. While everyone may agree that that is a noble goal, not everyone agrees with how the government is going about it. The Alberta Government maintains that the Land Stewardship protects the interests of the agriculture community.

For an answer to that criticism, we contacted Alberta’s Minister of Agriculture & Rural Development, the Honourable Evan Berger who very much appreciated the opportunity to clear the air on this issue. I asked Minister Berger about the criticisms and fears surrounding the Land Stewardship Act. I wanted to make sure that the Mr. Berger and the Alberta Government got the opportunity to tell their side of the story on Bill 36 and the Land Stewardship Act.

After you listen to the interview with the the Hon. Evan Berger, you be the judge.  Is the Minister correct?  Is the Land Stewardship Act good for Alberta farmers and ranchers?  Let us know in the comment section below.

Plans have been unveiled for another major soybean crush plant to be built in North Dakota. Epitome Energy LLC has announced the construction of a US$400 million facility on the north side of Grand Forks, North Dakota — approximately 120 km (75 miles) south of Emerson, Manitoba. It marks the third — and most northerly…