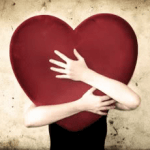 “Hug a Farmer, he feeds you three times a day” …is the phrase on a promotional pin, that I found cleaning my office, for my family’s old fertilizer and chemical dealership. I also recently saw this phrase in a Toronto newspaper. This statement brings up two trains of thought for me, one that instills a feeling of pride that I come from a family that has been farming for over one hundred years in Canada and as an active member of the agricultural community I understand the global importance of this vital industry. With a growing population and more scrutiny on agricultural practices the communication between consumers and producers needs to be unrestricted and approachable.

Alyssa Nebel’s article in The Toronto Globalist focused on where food comes from, the statement on how the world’s population is becoming more and more reliant on each other through flows of capital, commodities, and communication could not be truer. As agriculture becomes more globalized there are actually many people involved in feeding you three times a day. Farming is similar to any primary industry, providing a raw commodity, which is quite similar to logging or extracting crude oil deep from within the Earth. There is an extensive division of labor within agriculture, which begins with the raw commodity that farmers provide, but once the grain has left the farmer’s bin it begins a journey of profits through the levels of processing. It’s astonishing how all the different levels of production and processing can extract profits based on a bushel of wheat throughout the levels of the cost of production.

In 18th century England, farmers were regarded as near royalty, as they were providing food and employment for the community. Now less than 4% of the population in Canada is involved in agriculture and it is somewhat of a mysterious industry. However, its mystery is most likely due to most people are 2 to 3 generations away from farming. I spoke at a grade three class on the Southeast side of Calgary last year to teach the tot’s about soil, aka “Dirt”. I asked the class of 23 how many of them knew a farmer, two raised their hand, which I found surprising as some of the best grain and cattle producers are only minutes from their classroom. The disconnect between the grocery store and agriculture is grower further, however, sometimes I feel as if “Soccer Mom’s” are the bridge.

One of the most powerful buying group’s is the middle-class suburban woman or the “Soccer Mom” demographic who is very interested in what they are feeding to their families. This dictates what is on the grocery store shelf, whether it be organic lettuce or nutrient enriched pasta, all of these products are on the shelf based on what the consumer wants. This brings me to the accessibility of products within Canada and asking why Canadian’s are able to purchase Avocado’s in January? Because consumers want it! During the reign of King Henry VIII, he with all his power, most likely could not have access to an avocado ever, let alone in January. However, we live in a country that imports and exports to provide the food options that are affordable and easily delivered. I think that this is often taken for granted, yet not understood in Canada. We are fortunate to have access to the produce that we do but need to remember it was not that many years ago that a mandarin orange was a yearly treat.

Currently, there is a segment of processers, retail chains and large importing nations that are integrating backwards. They want to close ties to primary production which is largely due to a consumer focus market which is very interested in what they are feeding to their families and where it has come from. The question I’m unsure about, is a large corporate farm that is integrated with a retail chain going to be as invested in quality of production and long term sustainability as the family farm?

Now after reflection when I think about the pin, “Hug a Farmer, he feed’s you three times a day” I still feel tremendous pride and passion for the industry however, I understand that the farmer whether he or she is 1st generation or my cousin who is the beginning of our 4th generation, is making a business decision to provide a product that will move through the food chain and will make a profit. As producer it is important to be involved with the consumer and communicate our practices as well as take note of dietary trends as well as their concerns. However, I do not dispute the prestige and respect that comes along with being a farmer and a steward of the land. Furthermore, the statement “hug a farmer, he feeds you three times a day” should be observed, farmers are salt of the Earth people and just like hugs.

Is there a product that can bring a crop back from hail damage?

Take a Tour of the Quick, Efficient and Comfortable Fendt 828

Courtney Stephenson –Bachelor of Science in Agriculture (U of L), Agricultural Business (Finance) (Old College), P. Ag, CCSC. Courtney has worked in many areas of agriculture; research, government, retail and private industry. She’s currently a Territory Sales Manager at Bayer CropScience in Southern Alberta. Her specialties are plant pathology, weed identification and providing outstanding service to her customers with an enthusiastic outlook on Canadian Agriculture.