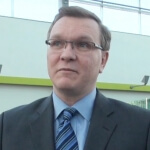 It’s been a while since we heard anything on the Bill 36 front. In fact, the last big news regarding Alberta’s Land Stewardship Act was that it was to be suspended pending a review by the government’s property rights task force. Well, the review process is finished and it appears as if Premier Allison Redford’s government plans to move ahead with the bill. All this according to Lawyer Keith Wilson is ignoring the same sentiment that spawned the suspension and review in the first place.

Wilson states that the proposed bill would give the government unprecedented power in designating and re-designating land use in the province. The province would have complete discretionary power when it comes to this, essentially negating a property owners ability to continue operating any business deemed contradictory to that designation through the rescinding of things like water licenses and lease agreements. The governments intentions behind the bill lie in the area of reigning in overdevelopment and preventing environmental abuse.

According to Wilson, the potential for abuse of power, far outweighs the good intentions of the bill. Keith has been a major opponent of the Bill and has been crossing Alberta to talking to farmers and other residents at town hall meetings and other events about the implications of the proposed bill. I spoke to him in his hometown of St. Albert about the latest developments regarding Bill 36.

What does BASF’s acquisition of Liberty and InVigor business mean for Canada?

It's the spinoff that many people in the North American ag market have been waiting for. In Bayer's conquest of Monsanto, the concentration of trait and variety market share in crops like cotton and canola was deemed to be unfair for a competitive balance. Given Bayer's strong presence in the Canadian canola seed market, the…