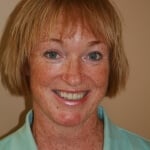 I am not surprised by the decision that has been made by the US government to appeal the recent decision by the World Trade Organization.  Many American producers and packers were hoping that the government would not appeal but the level of shock should be low.

The American Farm Bureau and the NCBA recently passed resolutions asking the government to not appeal the WTO ruling on COOL. Fringe associations like RCALF pushed the US government hard to appeal. In an election year things like this happen based on certain polling data or short term gain for the incumbent President.

According to the CCA press release:

COOL continues to have a significant impact on Canadian cattle prices, said CCA President Martin Unrau.  “There is at least a $25 to $35 per head reduction in price on every head of cattle sold regardless of whether they are exported to the U.S. or not.”

The Dispute Settlement Panel had found that the U.S. is in breach of its WTO obligations because the COOL scheme implemented by the U.S. in 2008 changed the conditions of competition in the U.S. livestock marketplace to the detriment of imported livestock.  By requiring that all meat, including beef, sold at retail in the U.S. must inform consumers of the birth country of the animal, cattle segregation practices became necessary for U.S. feedlots and packing operations that handle imported livestock.  These segregation practices and associated costs have created a disincentive for U.S. operations to purchase Canadian cattle.  Those Americans that continue to purchase Canadian cattle do so at a discounted value relative to U.S. born cattle.

The recent study by the CCA and an economist showed that COOL in the US potentially impacts 9000 US packer jobs.  COOL continues to be a big issue for the packing industry.  In a time frame where a country is trying to boost job growth, they are willing to move forward with an appeal.  Definitely doesn’t seem to coincide with the health of the US beef industry or the good trade relationship with Canada.