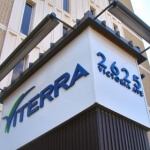 The Canadian agricultural newswires are jumping today as Viterra’s shares were temporarily halted on the TSX due to what the company calls “expression of interest.”

I have made calls around the country and two names continue to pop up.  Glencore and ADM have been on the tip of everyone’s tongue all day.

Many of you will know Archer Daniels Midland (ADM) but Glencore will not be known to many farmers.

According to the Glencore website ……Glencore and its subsidiaries originate and market wheat, corn, barley, rice, oilseeds, meals, edible oils, biodiesel and sugar. These commodities are purchased from mills, refineries, regional merchants, silo companies, cooperatives and, in some countries, directly from farmers.  This activity is supported by significant investments by Glencore subsidiaries in storage, processing and handling infrastructure. The marketing of agricultural commodities is largely operated out of our offices in London and Rotterdam.

At this point I do not know if this is a joint interest bid for Viterra by the two companies but these two names just keep popping up in all the calls I have made.  One source did tell me that they would be surprised if Glencore is involved.  No one has confirmed to me that the bid is for Glencore or ADM but these two names have been mentioned all day to me by industry and investment insiders.

I was told by sources that Cargill or Richardson’s would not be the interested companies.

Today’s events are not a surprise to many since the single desk was eliminated but the news is definitely interesting and could dramatically change the grain handling landscape in Western Canada.