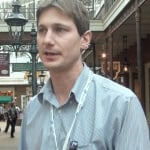 Canfax released its Cattle on Feed Report this morning and for the first time since June of last year, cattle on feed in Saskatchewan and Alberta feedlots were reported lower than the previous year. Aggressive placements earlier last fall, a pick-up of feeder exports in the first quarter of this year, and the resulting higher marketing rate has taken its toll on cattle on feed numbers. Although cattle on feed numbers on April 1st are 1% higher than March 1st, this is a much smaller increase compared to the 5.2% and 3.3% increases seen in 2011, and 2010 respectively. The 968,626 head on feed on April 1st is the smallest since 2009, is 2.9% smaller than last year, and 2.2% smaller than the 5 year average.  Marketings in March were 7% higher than last year’s very low marketings, but 21% smaller than 2010.

Are you a Canfax member? You should be!!!

Prepping and Selling 4-H Show Calves: Where it Begins

BRIAN PERILLAT grew up on a mixed farming operation near Duck Lake Saskatchewan. Brian continues to stay involved in the family farm, with his land and cattle. Brian has always had a passion for agriculture, especially the beef industry. Brian earned an undergraduate and Master’s Degree in agriculture economics from the University of Saskatchewan. Brian has since worked as a livestock production economist with Alberta Agriculture, working on cost of production studies and other economic projects. Brian also spent over 4 years working with Meyers Norris Penny as a farm management consultant. Brian started as the Canfax manager in the spring of 2010. Brian is committed to building on Canfax’s reputation of collecting, maintaining and reporting independent cattle market information for its members, and industry stakeholders. Brian enjoys traveling and has the privilege to spend nearly a year working on farms and stations in Australia and New Zealand, as well as visit farms in Tunisia and The Gambia, in North and West Africa.