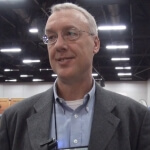 The economic sway of canola is visibly obvious across the West. A flyover of the prairies in the summer would show you what looks to be a sea of yellow. That sea of yellow shows you just how profitable canola is. The fact that aerial view doesn’t change much from year to year reinforces just how profitable it is. The simple fact is that the economic benefits of canola are causing producers to shorten their rotations. Where traditionally producers would break for anywhere from 2 to 4 years, data is showing that a large number of producers are shortening those rotations to 1 year or even going from canola on canola in some cases.

In the past, the yield penalty for those tight rotations would be a deterrent, but now the economics are overriding that deterrent. While it is understandable, it does come with some concerns and some considerations.  With Western Canada expected to plant close to 20 million acres in 2012, there is a growing cause for concern.

Murray Hartman is an oilseed specialist with Alberta Agriculture and Rural Development. Murray spoke to producers about the concerns and the impact that come along with shorter canola rotations. I spoke to him at FarmTech 2012 in Edmonton, Alberta.

Toddler vs. pre-teen: Comparing the U.S hemp and CBD industry to Canada’s

CN Rail says a bridge fire in northwestern Alberta is expected to shut down rail traffic in and out of the Grande Prairie area for an unknown amount of time. The fire occurred at a large bridge on the Grand Cache subdivision near Latornell, Alta. early in the morning on Wednesday, October 5, affecting traffic…