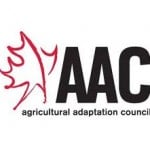 Government cutbacks aren’t surprising for anyone. They’ve been debated, we’ve been warned, and now the axe is falling. Of course that makes words like ‘streamlining’ and ‘efficiency’ go-to terms, even though there is no proof, and instead of loss of local control.

The perfect example is news that should be devastating for the entire industry. It came last week in a simple conference call in which provincial ‘Adaptation Councils’ were informed their services would no longer be needed by the federal government come 2014. These councils are made up of farmers, and with the help of a staff team, take grant applications and then dole out 163 million dollars over a five-year period. When the councils were created in the mid-90s, it was seen as an innovative way to allow local farmers control over where research and development money was to go, while working to get more dollars from the industry itself. The result today is so much more. Adaptation Councils across Canada have proven that local control is a good thing with smart investments in priority initiatives that are considered fair and balanced, incredible customer service (98% satisfaction for the Ontario council), and low cost (less than 10 cents of each dollar goes to administration).

To be clear, Councils were told that funding would not dry up. Instead it would be centralized in Ottawa. Agriculture Minister Gerry Ritz’s only comment on the subject states, “By delivering our programs out of one branch, our department will offer more efficient services by fewer people. Farmers and the industry will benefit from this change, which will simplify the application process and reduce paperwork and other redundancies, while reducing costs. Our new streamlined approach will provide the sector with efficiently and effectively delivered programs that will meet the priorities of farmers and industry.” Unfortunately, I’m afraid this vague, non-transparent explanation isn’t worth the paper it was written on.
I do believe that it will likely take fewer staff. But fewer staff is usually linked to a lower level of service. Industry applicants won’t likely get support in putting together a complete application. Small groups will have the most to lose as volunteer boards have difficulty finding time and energy to go through another cumbersome bureaucratic process. But don’t mistake fewer staff for fewer dollars. Ottawa-based bureaucrats with high pension and benefit programs likely cost more than most provincial based staff. (There has even been a suggestion by some that by taking money out of local offices, more unionized jobs stay in Ottawa, a suggestion that is hard to argue)

Back to Ritz as he states that ‘farmers and industry will benefit’, which is hard to believe given that 98% are satisfied with the service today. By moving the service to Ottawa, the application process will somehow be ‘simplified’. Simple and AAFC don’t always fit together given report after report from the Auditor General on programs like AgriStability, repeatedly stating that simplicity is exactly what is needed, but complexity remains. Ritz also feels that paperwork will be reduced, which I believe will only be because those small, volunteer associations give up and don’t bother filing any paperwork. I’m not sure how paperwork gets reduced any other way. And of course the famous words “reducing costs” find their way into the statement with no figures to back it up.

Looking past the statement by Ritz is some consequences that each and every MP needs to be told. The first, and probably most devastating is the loss of control. Provincial boards made up of elected individuals, (almost all of which are primary producers) are being told by the federal government that their opinions’ no longer matter; that they no longer should get a say in where dollars are spent. The second, and most concerning, is the idea that decisions could very easily turn political. Will decisions out of Ottawa go to areas of the country where seats need to be gained or held? Of course I hope that doesn’t become the case, but the worry remains.

Everyway I look at this, I see lose, lose. No more local industry control, and no cost savings. The next question that needs to be asked is where this decision came from. Was it a political decision by government? Then you need to call, tweet, visit or write a letter to your MP showing your displeasure for this decision. Was it a bureaucratic decision? Then again you need to show your displeasure as to why a job in Ottawa is more important than a job of someone invested in, and dedicated to your own community.

We cannot take this laying down. My next job is a letter to my MP. I hope you do the same.

Eastern Canadian farmers who paid millions of dollars more for fertilizer in 2022 due to sanctions on imports from Russia will not be getting a refund, as the Canadian government is forwarding $115 million in expected tariff revenues to repair the power grid in Ukraine. Deputy Prime Minister and Finance Minister Chrystia Freeland announced the…