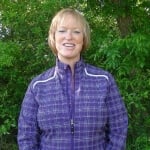 Today’s Canfax COF report for May 1 exposes the current feedlot inventory situation. As of May 1, total numbers on feed were down 7% from last year, down 10% from 2010 and the smallest May 1 inventory other than 2008. Coincidentally, that was also a year that saw large exports of feeder cattle during the first 4 months (255,000 in 2008).

I don’t think the direction of numbers is a surprise but sometimes the actual degree of decline can be and I think that’s maybe where this will get some eyes open. Market impact isn’t an “overnight” response especially since very few feeders will be offered again until late July or August. On the packer side, I do think this week’s higher AB market is a sign that packers are watching these numbers very closely.

The Reduction in the Cow Herd Seems Real