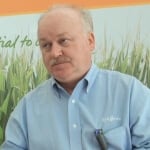 Corn and soybeans are continuing to expand their presence from their traditional growing regions into areas previously unseen. A combination of economics and new genetics are driving this march North with a great deal of success. The question now is, how will that success impact other crop types in those new geographies? Should those other crops be worried? What in fact can be done to help those crops hang on to acres? Part of that answer is obvious and part of it is a bit more complex.

Who would of thought that Manitoba would plant 800,000 acres of soybeans ten years ago?

There are the fundamentals of supply and demand at play so part of what’s happening is the market being the market. The complexity of the situation comes from trying to stay away from the tipping point. That involves new investment into the other crops currently being pushed out by the economics of corn and soybeans. That investment has to make sense as well. It also has to be timely enough so that other crops aren’t rushing to play catchup from a point of too much lost ground.

David Morgan is the President of Syngenta Seeds Inc. and the Region Director for North America. They are committed to pouring the same resources that have made corn and soy so dominant into wheat and cereals. I spoke to David about the march of corn and soybeans into new territories and some of the challenges that this presents to other crops.