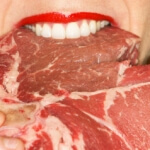 Do you eat as much meat as you used to?  Many people in North America do say no, yet the the US still eats the second highest amount of meat per capita in the world according to the Economist.   The average American consumers 276 pounds of meat per year while

Personally I still love to go out for a great steak with some peppercorn sauce on top.  When I think about my family’s meat consumption, we do eat a lot of beef but its hamburger with pasta or stirfry or a nice chicken breast.

So who eats the most meat?  Congratulations to Luxembourg!!!  In fact the citizens of Luxembourg consume 300 pounds per year of meat.  Luxembourg is actually only second to Argentina in red meat consumption.

See a slideshow break down the top countries

Not surprisingly, India consumes the least amount of meat at 7 pounds per year.

The  Economist analyzed the UN study and developed the chart below It outlines very nicely how countries rank based on consumption of the different meats.  You will notice that Canada;s preferences between red meat, pork and chicken is quite balanced. 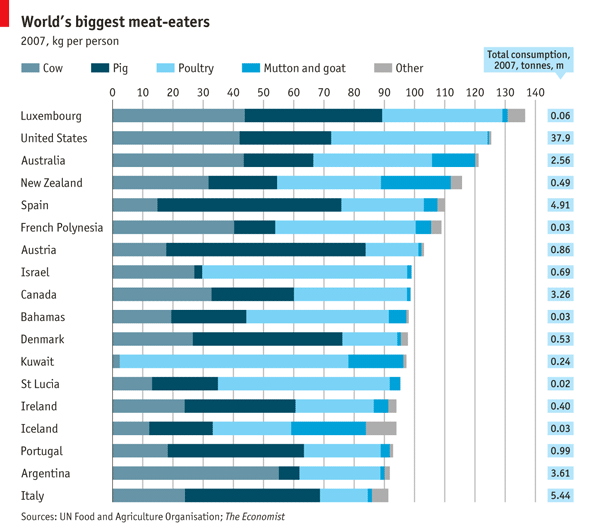 The Goal is 300 Bushel Corn

Who’s responsible for what in the Canadian sheep traceability system?