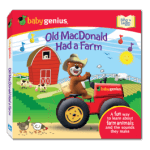 Old MacDonald had a farm but apparently it is more common than expected.  Along with Old Man Smith, and Old Joe there are many seniors still farming in Canada.  With only 8.2% of the operators being younger than 35, the farmer pool over the age of 55 dwarfs its younger counterparts.

One has to think that maybe its the poor succession plans by the older farmers that have forced the younger generation to not return to the farm.  Are we just reaping now what we have been sowing for the past twenty years?  Is there a lack of young farmers because the older farmers won’t retire to allow the under 35 year olds to take over the farm?

Has the commodity boom made the issue even worse by encouraging elderly farmers to stay involved in the farm longer as farming profit have risen over the past 5 years. Or has the land price boom made it impossible for the younger generation to get involved?

As found in a Globe and Mail story some of the highlights from StatsCan were:

The total number of farmers is declining rapidly. As of last year, there were 294,000 operators – a 10.1-per-cent slide since 2006, a drop that’s occurred in line with the decreasing number of farms. Of the total, 73 per cent of farmers are male and 27 per cent female.

Just 8.2 per cent of operators were younger than 35 as of last year.

So what are the real impacts on the industry?  Can we expect these numbers to eventually turn around?  Do you worry that  half the farmers in Canada are over the age of 55?  Is 55 the new 25 in agriculture?

Its not the 55 year olds that are the problem, its the 70 plus age bracket that is screwing these numbers up.

In the song, Old MacDonald still has his farm and he is still farming in every kindergarten class across Canada.  Apparently just like others from his generation.

A program designed to provide Prairie canola growers with third-party data comparing different canola varieties will be terminated following the 2022 harvest, according to a notice issued to industry partners. The Canola Performance Trials (CPT) program, which dates back to 2011, was funded by the Saskatchewan, Alberta, and Manitoba canola grower associations and commissions. "After…