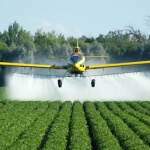 Recently it was announced that Tom Wolf’s research program will be cut completely by Ag Canada.  The reaction from agronomists, manufacturers and farmers has been quite strong.  So strong that some of the industry associations are trying to save the program.

When word got out tweets started to fly just like this one.

Tom Wolf’s research focused on sprayer technology like nozzle selection and sprayer drift.  There is speculation from people familiar with the Wolf program and Ag-Canada that the program was cut based on two factors.

Rob Saik, Founder of Agritrend provided his thoughts on why Tom Wolf’s program is important to the industry,

The reality is that we currently live in a time that sprayer drift minimization and nozzle selection are becoming critically more important.  The idea that we need to cut certain government funded projects just because private industry will fill the void is not good over the long term.  In actual fact if you talked to the manufacturers in this case, they appreciate the work that people like Tom Wolf do because it provides an independent verification and analysis of new products or services.  Pushing good research onto the private sector is not in the best interest of farmers or the industry in general.

ADAMA Canada to offer new herbicide option for imi-tolerant lentils, as well as peas and soybeans

A Liberal MP from B.C. has introduced a private member's bill in the House of Commons that's aimed at protecting Canadians' right to repair items they own, which could potentially affect rules around tractor and farm machinery repairs. The intent of Bill C-244, which was brought forward by Wilson Miao of Richmond Centre, BC, is…