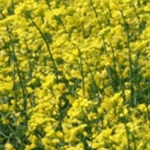 Like a company reporting earnings to the market, StatsCan released their stocks report.  The clear indication from the report is that canola stocks are very low.

As we look at the current 2012 seeding season (follow #plant12), this report does not provide increased planting incentive that wasn’t already there. The intended 20 million acres of canola will be welcomed by crushers. Some farmers in Saskatchewan are concerned about the regular heavy showers of rain that we are getting. The farmers in SE Saskatchewan are a little gun shy and after looking at the past two years, rightly so.

According to Syngenta Farm:

Ken Ball, a broker with Union Securities in Winnipeg, said the canola number suggests rationing will have to continue to occur through the end of the 2011-12 crop year to ensure there are enough supplies. But while the number should have a supportive influence on canola futures, he said the market will still likely be overshadowed by the direction of the CBOT soybean complex.

Ron Frost, a grain/oilseed analyst with Frost Forecast Consulting in Calgary, said the most interesting aspect of the StatsCan canola stocks estimate is it suggests that actual 2011 canola output must have been at least 1 million to 1.3 million tonnes higher than what is currently reported by StatsCan (14.16 million tonnes).

Oilseeds continue to be the golden child of the year.  Both canola and soybean acrs will be strong in 2012 and the strong demand seems to be able to chew up the increased supply.  Its a good time to be a canola grower.