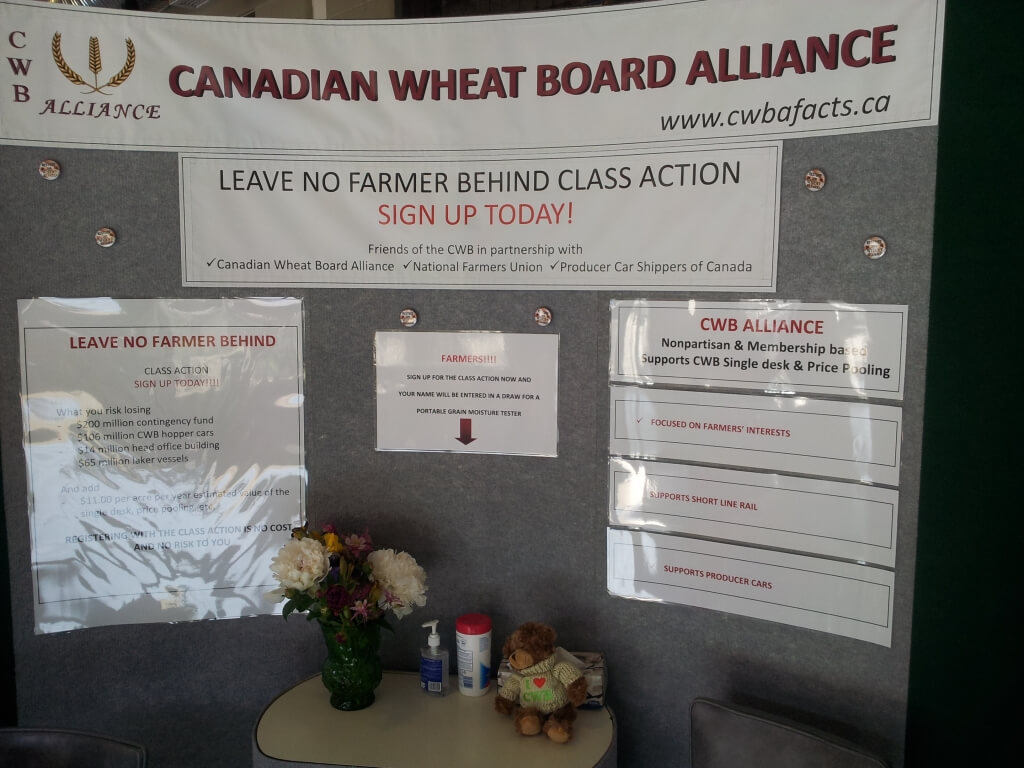 Sometimes knowing when to quit is important.  This is definitely something that the Friends of the Canadian Wheat Board and the CWB Alliance  need to learn.  This week, a number of former directors are pleading with the Canadian Supreme Court to rule in their favor.

According to the Brandon Sun,

Eight former farmer-elected directors of the board are asking the Supreme Court of Canada for leave to appeal a lower court ruling on the way the federal government stripped the agency of its marketing monopoly.

Supporters of the board’s monopoly have been arguing the federal government didn’t follow a law that required it to let grain farmers vote on the future of the wheat board.

“We believe that this case raises issues that are important to all Canadians and is worthy of careful consideration by the Supreme Court,” Allen Oberg, a farmer and former chairman of the wheat board said Thursday.

A Federal Court judge had ruled in favour of grain farmers who wanted such a vote, but that ruling was later overturned in the government’s favour by the Federal Court of Appeal.

The reality is that outside of this tiny fringe, farmers and the industry is moving on and looking ahead towards the future.  Even some of the most die hard wheat marketing monopoly friends of mine are laughing at this groups unwillingness to give up.

In the new open market, there is still going to be a pooling option for farmers if they choose.

Is the CWB asking farmers to save the monopoly?  Employees of the CWB, including CEO Ian White are looking ahead to compete in the open market.  I’m betting that if you asked the CEO staff they would just like this debate to go away.

It’s time that our monopoly saving crusaders admitted defeat and quit with this nonsense.

With TPP In Trouble, Is a Bilateral Deal With Japan Possible?

Corn yields in Ontario have been increasing 2 bu/ac, or one per cent per, year over the past 40 years. Where is that yield increase coming from? University of Guelph associate professor David Hooker says genetics (65 per cent) and agronomy (35 per cent) are the key contributors to bigger corn crops. Corn breeders can…