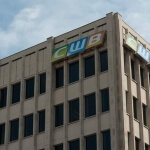 Am I the only one left scratching my head over the newly minted CWB offering canola pools? Voluntary pooling is all good, if that’s what you’re in to, but I thought a very recent survey asking farmers if they’d be interested in a canola pool went over like a lead balloon. Apparently not, according to CWB.

The removal of CWB’s wheat and barley monopoly will and has forced the company to explore other options, there’s no question about that. The business simply must evolve, and diversification is a natural step. But as I read the news release announcing the expansion of pooled crops, this statement struck me (italics mine): “The farmer benefits of pooling apply just as successfully to canola as to wheat. Farmers retain all the profits generated from their grain sales, instead of simply taking a flat price at the elevator. It also means they can spend more time on their crops instead of chasing the commodity futures markets.” Is it just me or does this sound rather condescending? Most farmers I know have been doing a bang up job of marketing their own canola, quite successfully, in fact, making it a big money maker for the farm. While adding canola pools is a change for CWB, it sounds to like many things remain the same.

If you cannot see the poll below, click here

Poll: How Will you Manage for Clubroot This Year?

Does uniform emergence translate to top yield? A planter vs. drill comparison

Canola School with the Canola Council of Canada on RealAgriculture.com