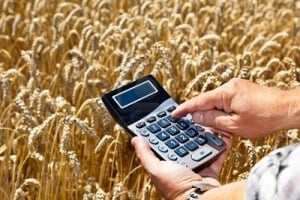 Farm Credit Canada recently released its latest farmland values (for January to June, 2012). The national average increase of 8.6% semi-annually is staggering, especially considering that it follows on the heels of a 6.9% increase from the six months previous. I have to ask — if this trend of increasing farmland prices continues, what will the long-term implications be for farmers?

Appreciating land values can be a good thing, and I’m certainly not begrudging farmers some asset growth. It’s well known that farmland is the largest item on the farm balance sheet, and for those nearing retirement, rising land prices are a boon. But for those just getting started in the business, sky-high land prices make it extremely difficult to become established. For new farmers, the previous generation’s business model cannot and will not work.

Land has traditionally been the cornerstone of the farm’s wealth. Beginning farmers would buy maybe a quarter or half-section of land, farm it, buy some more, pay some off, inherit some, buy some more, pay a little more off, and so on. By the time it was time to retire (or enjoy the afterlife, since after all farmers never really retire), a decent chunk of equity would have been built up in land to sell or pass along to the next generation.

That model assumes two things: that production from the land makes the mortgage payments, and that land appreciates over time.

But let’s look at the current situation—for those expanding their land base or for those just starting out as farmers, is land still an asset they’ll eventually own, or has the price of land surpassed its reasonable productivity potential? In short, are farmers paying too much for land, to the extent they will never be able to pay it off? These are questions I discussed with Dr. Jared Carlberg, associate professor of agribusiness and agricultural economics at the University of Manitoba. Asked point-blank whether land is too expensive his answer was: “If farmers are still buying it and making ends meet, then, no.” Which is true, unless they’re heavily leveraging equity to pay for it, because that means they aren’t necessarily “making ends meet.”

There are a few things to flag here. For those established farmers buying land now, my concern is that existing land is being heavily borrowed against. The danger there is if land prices fall, or we hit a skid of several bad years in a row, how long can you farm off equity? Given the recent pull-back in government business risk management programs, what’s the “worst case scenario” plan for paying for it? (And we haven’t even started to talk about incremental increases in interest rates. Have you run the numbers as to what a one, two or four percent increase in interest rates would do to your loan payments? Please do. I’ll wait here.)

My point is, when land sells for over $3,500 an acre (and that’s not the highest reported in Manitoba’s Red River Valley, for example), you’ve surpassed any expectation that that land payment will be serviced by the production of that land. It’s simply not feasible. Buying land at these prices then has become about securing access, not necessarily about profitability.

At that, in part, is what Carlberg could see as part of the motivation in buying land at these prices. He points out that farming is characterized by the economic phenomenon known as “economies of scale”, which says for some types of costs it’s cheaper per-acre with more land than less, up to a certain point. Think of it as spreading fixed costs across more acres farmed, thus reducing the per-acre fixed cost for a farm. This provides a motivation for farms to get bigger and bigger, a trend which has been seen for decades across the Prairies. That, and current high commodity prices do certainly support higher per acre costs, either as land rents or as payments.

There are good reasons to buy land, of course, even at slightly higher prices than the local average. Proximity to yardsites, other land or shared fencelines can increase efficiency or eliminate tense neighbour relations. What’s more, they are not, as Will Rogers famously remarked, making any more land, so it is a finite resource that should still appreciate.

Of course, after mulling all of this over, doing interviews and calling farmers, I see (via Twitter) that land in the U.S. Midwest is selling for over US$15,000 an acre.

4 thoughts on “Are Farmers Paying Too Much For Land?”