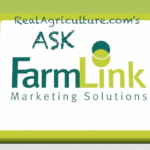 There are only a few days left for farmers to weigh in on impending changes to the Canada Grain Act. If all you’ve heard about so far are changes to user fees, you’re not alone. Much of the media attention has centered on the costs of running the Canadian Grain Commission, because, for the most part that’s what parliament seems most interested in talking about. In a case of missing the forest for the trees, there are far bigger changes afoot within the act and, what’s more, far greater potential for changes to the act that aren’t receiving the attention that they should.

There are three key areas where the Grain Act could be shaped to better protect and serve farmers. They are: enhanced payment security from all types of buyers of grain (including feed mills); maintained or improved data collection and management of grain volumes;  and, correcting imbalances between  buyers and sellers of grain.

Now is the time for farmers to speak up and shape the Act into something that protects their interests. In this first episode of the Ask FarmLink series, Brenda Tjaden Lepp, co-founder and chief analyst of FarmLink Marketing Solutions, highlights three key areas where the Grain Commission, if given the latitude to do so, could significantly level the playing field for the grain industry.

For more on proposed changes to user fees of the Canadian Grain Commission and to have your say, click here.

A Recap on Changes to Plant Breeders’ Rights — Will Seed Be More Expensive?

A few hundred people, passionate about Canadian agriculture, gathered in Ottawa this week for the Grow Canada conference. This event is always one of the highlights of the year, as it brings together several industry groups, farm groups, government department reps, and stakeholders, under a positive vision for forging a path forward. I was fortunate…