Sarah Foster is the senior seed analyst with 20/20 Seed Labs. Contact her at [email protected]

One of the most frequently asked questions I get concerns dormancy — what causes it and how it impacts crops destined for seed use.

Dormancy in cereals is the most common of all, and it can be quite troublesome in certain years. This year, growing conditions have been excellent and very little dormancy has been observed. Seed users are still wary about testing early and are putting their seed into the freezer before sending it in for testing. It is true that cold temperatures will break dormancy eventually. In fact, as seed is exposed to the cold conditions in the bin over the winter the dormancy will disappear. However a laboratory is equipped with the knowledge to overcome dormancy issues early on in the season, and its better to know sooner than later. Other issues maybe overlooked if seed is not tested early. My thoughts on the subject are that a seed user should test once after harvest, again after processing and again after applying a seed treatment. This is backed up in the Canadian Seed Institute manual and the Canada Seeds Act.

Dormancy is complicated because there are several types, and it is often confused with dead seed. It’s important to know the difference, because dormancy can mask other quality issues such as chemical damage and frost, both of which can be detrimental to the germination. Also, having an accurate germination value is imperative for the field planting potential and knowing the facts about the seed quality early can save you headaches later on.

A seed analyst has to know how to identify dormancy and how to over come it. You will note that we refer to dormancy as fresh ungerminated seed. These are seeds that remain firm at the end of the prescribed test period. The seed will have imbibed water and will appear very plump and healthy.

Endogenous dormancy is the most common form of dormancy. This is when a seed has an excess of a germination inhibitor such as abscisic acid (ABA). This happens when the seed is not physiologically mature and has high moisture content. Subjecting the seed to very cold conditions will relieve this type of dormancy naturally. The seed laboratory can also manipulate the seeds ability to germinate, by using growth regulators such as Gibberellic acid or Potassium nitrate. Changing temperatures, exposing the seed to more light or drying the seed will almost break the dormancy. The most popular method for breaking dormancy in any laboratory is by pre-chilling the seed at 7ºC for a number of days (usually 3 days) before moving the seed to the germination chamber which is operating at 20ºC.

We are very aware of dormancy every year, and you can be confident that if it is present we will do everything we can to alleviate the concern, because we must achieve the highest germination result we possibly can.

Sarah Foster is the senior seed analyst with 20/20 Seed Labs. Contact her at [email protected] 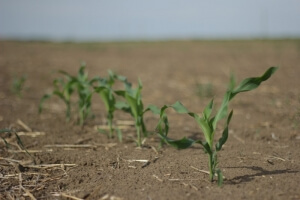 5 geopolitical forces shaping the world for 2040

Fast forward 20 years to the year 2040. What will the world look like from a geopolitical perspective? The U.S. and China will still be locked in a "strategic competition" of some form says Jacob Shapiro, director of analysis for Geopolitical Futures, a Texas-based company that provides analysis on geopolitical trends. "I don't see a…Read more »

One thought on “Low Germ or Dormant Seeds? Test to Determine the Difference”