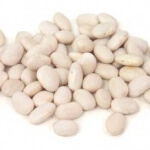 Ontario white bean growers have voted to amalgamate with the Ontario Coloured Bean Association. Of the ballots returned, 77% were in favour of joining the OCBA. The vote represented 81% of the white bean acres in Ontario. The amalgamation is a contentious one, and has taken over a year to be brought to a vote. Now that white bean growers have voted to join, there are still many issues to resolve between the two groups. The process is not likely to be completed in the 2013 crop year. A source says that 2014 is more likely, given that Ontario is currently without a premier and that there are several areas where both boards need to reach a compromise — research funding and limiting overhead costs are just two of these issues.