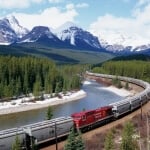 CWB announced today the dispatch of its first shipload of canola from the Port of Prince Rupert. The cargo of 42,000 tonnes of Prairie canola is now travelling aboard the vessel Tai Health, enroute to customers in Japan, according to the company’s press release.

Changes to the western Canadian grain-marketing system, implemented by the federal government this year, include provisions for CWB to market canola for the first time in history— expanding its crop mix beyond wheat, durum and malting barley. For the first time, Canadian farmers have the opportunity to pool canola as part of their overall marketing and risk-management strategy. CWB’s canola Harvest Pool runs from harvest to June 30, 2013.

Because the sale was executed through Prince Rupert, all canola was sourced through elevators located on CN lines. CWB’s president and CEO Ian White says the canola in this first vessel is a mix of cash purchases from companies and farmers, as well as canola committed by farmers to the CWB pool.

“Our approach in this first year as a player in the canola market has been cautious to ensure our approach to sourcing, shipping and risk management is well-structured to work with a new product,” White said in the company’s release. “The results have been very encouraging.”

White said CWB is committed to canola marketing for the long term and to demonstrating its value to both Prairie farmers and canola buyers, many of whom are long-term CWB customers for other grains. CWB continues to evaluate possibilities for expanding its marketing to other crops.