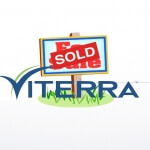 Glencore International and Viterra Inc. have announced the sale of Viterra to Glencore has been completed. The acquisition brings Glencore immediate critical mass in the key grain markets of North America through Viterra’s substantial Canadian operations, the company says in a release. Viterra also materially expands Glencore’s existing operations in Australia.