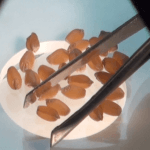 Over the last year or so, several significant changes and developments have occurred in the Canadian cereals sector – including most recently, the announcement by the federal government that the Canadian Grains Commission will move to a user pays fee system, whereby the organization will generate most of its revenue from fees charged to farmers and grain companies for its services. This development is in addition to the removal of the Canadian Wheat Board marketing monopoly, the in-progress sale of Viterra, and decreases in publicly-funded grain research to cite just some of the higher profile examples – all with rippling effects for growers, breeders, processors, grain handlers and shippers, importers, exporters and end-users. It goes without saying that these shifts have created various challenges for cereal stakeholders, based on their departure from the previously established business model that existed in this country. For the Canadian cereals market to thrive, however, we need to consider these changes as potential opportunities – opportunities for collaboration, opportunities for innovation and opportunities for leadership.

Wheat and, more specifically, Canadian wheat, is a critical part of the path to those opportunities. Despite the fact that wheat has been under cultivation for thousands of years, the opportunity for improvement remains significant. Compared with other crops, such as corn and soybeans, wheat sits low on the ‘technification’ curve. Consider some stats compiled for CIMMYT (International Maize and Wheat Improvement Center): the seven largest seed breeding companies in the world invest an estimated aggregate of $3.2 billion per year on breeding efforts across all crops; of that, only $160 million is focused on wheat-related trait and crop improvement R&D specifically. Within public sector organizations, just $250 million is estimated to be spent in those same areas on a global basis. The reality is there is ample potential for additional yield and agronomic enhancements.

Add to this the fact that, within the global context, Canada is a significant producer of wheat. Intensification is absolutely possible and within our grasp through a combination of agronomic practices and variety development and is worth pursuing: a 20% yield improvement in Canadian wheat yield, for example, would equate to an injection of approximately $2 billion into the economy at current prices.

As has been done with other crops, Canada has an opportunity to be at the forefront of generating and realizing radical progress in wheat production, while at the same time advancing and catalyzing the global wheat market to new heights.

Collaboration will be fundamental to driving this step-change and symbiotic public-private partnerships are a necessity. Developing policies that clarify roles and responsibilities will enable parties to share core research, leverage expertise, and integrate efficiently and effectively. This doesn’t preclude other public-private collaborations that operate outside the parameters of such policies (quid pro quo agreements, individually funded projects, and so forth) but public-private policy development is key to clearing the path forward.

Innovation is also integral to taking advantage of recent macro sector changes and others that will follow and continue to alter the Canadian wheat landscape going forward. Certainly, much of that innovation will be driven at the R&D level, utilizing cutting-edge technologies including those that our company is currently employing such as double-haploid technology, hybridization, and genetic markers, and by improving synergies between genetics and chemistry. Innovation, however, cannot and should not be limited solely be the domain of R&D. It must also come to the variety registration process, quality and grading programs, export/import negotiations and IP ownership and protection, to name just a few other areas ripe for modification.

Leadership will come if we adhere to three tenets: unmitigated pursuit of collaboration and innovation; the wherewithal to take a stand when necessary and to give ground when appropriate; and, perhaps most importantly, the willingness to see opportunity in difficulty.

I am not naïve enough to suggest that the road ahead is easy, nor am I so presumptuous to assume that the difficulties and frustrations experienced by a global agri-business are much different – more or less consequential – than those endured by growers and/or smaller companies when events such as the recent changes referenced previously occur. That said, I am optimistic about the Canadian cereals sector, and I am sincere in my belief in our collective ability to take full, fruitful advantage of the opportunities it presents us with today.

What Ontario farmers need to know about Bill 132

Canola industry defining sustainability for itself

Jay Bradshaw is President of Syngenta Canada, an agri-business committed to sustainable agriculture & farming with future generations in mind. With products in crop protection, seed care and seeds aimed at raising farm productivity, Syngenta is helping bring plant potential to life. Syngenta was formed in 2000 and Jay joined the team as President of Syngenta Crop Protection Canada, Inc. in 2001 at the head office in Guelph, Ontario. He brought with him a passion for agriculture and a leadership style that focuses on empowering the Syngenta team to shape the company's reputation and future. Jay was born and raised in a farming community in the Eastern Townships of Quebec. He is a graduate from the University of Guelph's Ontario Agriculture College in 1982 followed by an M.B.A. from Saskatchewan in 1986. Jay is currently serving as Past Chair of CropLife Canada and is an active community hockey and soccer coach. He lives north of Guelph with his wife Kathy and their two sons.

Mechanically harvesting, drying and handling grain corn can compromise quality and take a bite out of a grower's bottom line. Earlier this fall, OMAFRA crop systems and environment engineer James Dyck worked with Dietrich Farms of Lucan, Ontario to study mechanical breakage – the impact it has on dockage and what growers can do to…