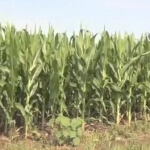 Last week, Dow AgroSciences announced that the launch of its corn lines carrying the Enlist trait would not be available for planting in 2013 in the U.S., as the U.S. regulatory approvals have not been obtained for the trait in corn, nor has the herbicide Enlist Duo received approval. The company is confident approvals will happen eventually, however all “components” of the Enlist system are not likely to be in place in time for spring planting. Corn and soybean varieties with the Enlist trait are tolerant to both 2, 4-D and glyphosate.

RealAgriculture.com posted news of the Canadian Enlist trait approval for both soy and corn back in October. Does this U.S. hang up affect Canadian supplies or access to these new varieties? Well, yes and no. I asked Jeff Loessin, market lead for the Enlist trait in Canada, what farmers could expect for 2013. Jeff noted that the original timeline of 2015 planting for Enlist soybean varieties is still on pace, as the company awaits import approvals only, specifically to China. For corn, however, the trait is approved here in Canada, but the herbicide has not yet received registration. And if that comes in time for Canadian plantings? Until the American approval for the corn trait is approved, the varieties will remain warehoused until 2014, he says. See more from Dow AgroSciences below:

Will you launch the Enlist technology in Canada without U.S. approvals?

A: The Canadian authorities have approved the Enlist trait for use in corn and soybeans, however we continue to await the approval of Enlist Duo herbicide in Canada which is essential before we could launch the system. We are closely monitoring timing of approvals in both Canada and the U.S. as we make final commercialization decisions out of respect for movement of grain between the two countries.

What is the plan in Canada if regulatory approvals are not received in time for 2013 planting?

A: To ensure that we successfully launch the Enlist Weed Control System, Dow AgroSciences has developed a plan for numerous demonstration sites in Canada.  These will be used to demonstrate the technology throughout 2013, and are not dependent on the timing of the commercial launch.

Lemken drops out of the sprayer business

Fall weed control isn't just something to consider in the depths of the fall, it's something to consider now, in the final days of summer. The key takeaway is not one solution but a whole myriad of things, through integrated pest management (IPM). Joining host Lyndsey Smith to discuss the topic is Jason Voogt of…