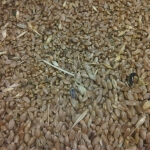 The Canadian Grain Commission recently released a summary of the feedback it received regarding impending changes to its user fee system. Industry stakeholders, including farmers, were asked to submit their questions, critiques and suggestions for changes to the not only the user fees, but also changes to the Canada Grains Act.

Generally, there seems to be support for modernizing of both the Grains Act and the Grain Commission’s services. There was push back on the magnitude of the fee increases, however, and it was noted that ultimately increased costs will be passed on to farmers, even if grain buyers are the ones that pay the majority of fees.

There were a few specific recommendations listed as well:

For the full Canadian Grain Commission summary of feedback and more details from the consultation period, click here.

One thought on “You Said It: Summary of Comments on Proposed Changes to CGC”