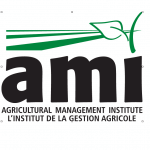 succession can get heated,” says Thamesville, Ont., farmer Dennis Jack. “But you have to get on with life and deal with it or you will destroy your own life worrying about.”

In this episode of the Agricultural Management Institute’s (AMI) new farm succession video series, Jack talks about his family’s succession struggles and how reaching a final resolution has lifted a tremendous burden from his shoulders.

“It normally takes a year to do a succession plan, but the Jack family needed three years,” explains farm succession expert Len Davies. “Farmers can learn a lot from the Jacks’ story and how their succession plan went off the rails. You need to recognize the warning signs and understand that you have to deal with the issues. They just don’t go way.”

Each week in February, RealAgriculture.com premiers a new video from the series featuring Davies and families he’s worked with to develop successful farm succession plans.

“This series provides a unique perspective on the challenges farmers face when tackling farm succession,” adds Ryan Koeslag, Executive Director of AMI.  “When it comes to farm business management, succession is one of the most difficult tasks. This series will be a valuable resource for farmers who need to develop and execute succession plans.”

Taking advantage of the Decade of Family Farming