To say that they don’t make them like that anymore certainly applies to Eugene Whelan, a former federal ag minister who passed away last night at the age of 88 from complications from a stroke. His trademark green cowboy hat and bombastic personality made him one of the more memorable ministers of the early ’80s.

Whelan was a long-time Liberal MP for the Essex-Windsor area and served as agriculture minister for Pierre Trudeau for over a decade, minus a nine-month break during Joe Clark’s short-lived Progressive Conservative government in 1979.

After federal politics, Whelan went on to work withe the U.N., the World Food Council and served as a senator until 1999, when he reached mandatory retirement age. 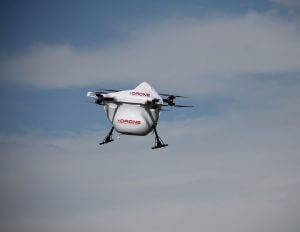 Need a certain wrench in the middle of a field? Call a drone. Lost a shear pin? Call a drone. Finished your lunch in the cab and it's only 10 am? Call a drone. Or more likely, just open the app or your phone's virtual assistant and order that second lunch. Okay, it may be…Read more »