Editor’s note: This is Owen Roberts’ first Real Talk, Real Action column. Each week, Owen will offer his insight into how farmers and the agricultural industry can participate in the rural- and ag-related discussions going on around them. Contact Owen at [email protected] or on Twitter at @TheUrbanCowboy. 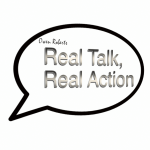 Food Freedom Day in Canada arrives next week — on Valentine’s Day, in fact — and farmers should be getting boxes of chocolates from their adoring fans. After all, only in the U.S. and UK is there an earlier arrival for Food Freedom Day, the date on which most people will have earned enough money to pay their grocery bill for the entire year.

The date itself is an eye opener, and this year, it changed. The Canadian Federation of Agriculture, the organization behind the campaign, moved Food Freedom Day ahead by two days.

For years, it was observed on February 12. But in 2013, another two days are being tacked onto the time it takes to pay for groceries.

Initially, I wondered if it meant rising food prices had finally started moving the needle. But the federation says no. Apparently Statistics Canada has simply changed the way it compiles and records these stats.

That’s too bad. Although some people struggle to make ends meet even paying among the lowest prices in the world, a true shift in the date would have attracted a lot of attention.

And in doing so, it would have given farmers a launching pad to explain what’s up.

For example, farmers could tell people how, until recently, most commodity prices were chronically depressed for decades. They could explain how prices, despite having risen slightly, are still only climbing to somewhat respectable levels. They could remind people cheap food gives them many options to spend money on other things, a sometimes reckless freedom Canadians cherish.

And finally, farmers could note how they get just 12 cents on the food dollar. Relative to the work they put in, that’s peanuts.

I think people would listen. Thanks to the growing interest in food, consumers have developed a huge appetite for hearing from real farmers.

Certainly, another opportunity will present itself. And when it does, agriculture has to be ready. Although Canadians are primed for food news, I doubt if they give a thought about farmers’ contribution to their prosperity when they’re laying down credit cards for a new Blackberry10.

They should. And they need their thoughts led there by farmers.

Why agriculture should get $100 million for research from Ontario budget

Say Hello to Canadian Dietitians, Some of Your New Best Friends