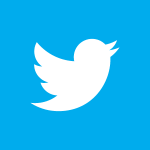 Here at RealAgriculture, we love us some social media. Because of that we often get asked: “Who should I follow on Twitter?”  We gave it a bit of thought, and while we’d love to suggest you follow all 6,000 of our followers, we decided to put together a short list of people and organizations to get you started. From there, you’ll find oh-so-many more to follow.

Here’s a few accounts in #WestCdnAg that get RealAgriculture.com’s Twitter Must-Follow Seal of Approval (in no particular order, people were chosen by how recently we Tweeted with them and whether or not they wear their free RealAg T-shirt. What? Shameless flattery will get you everywhere):

Shane Thomas — @ShaneAgronomy – Shane works for GMAC in Kindersley as an agronomist. He also writes a regular column here on the site. Here are his thoughts on battling herbicide resistance.

@CanolaWatch — The official Twitter handle for the Canola Council of Canada’s Canola Watch newsletter. While you’re at it, several of the council’s agronomists are on Twitter too, so give them the old follow.

Rick Taillieu — @Ricktlu – Rick is the Grower Relations Coordinator for the Alberta Canola Producers Commission and is based in New Norway, Alberta. While you’re at it, follow ACPC @albertacanola. Also, ask him about those Jets.

Kevin Elmy – @KevinElmy — Kevin farms at Saltcoats, Sask. and is a seed grower. Questions about Tillage Radish? Ask this guy.

Gerrid Gust –@gustgd — A farmer from Davidson, Sask. If you’re looking for pictures of tractor mishaps, he’s your man.

Ed White — @EdWhiteMarkets – The Western Producers’ own markets blogger and all-around funny man, Ed White is definitely a must follow. Ask him about real football.

Jay Schultz – @WheatlanderJay — A 4th generation farmer, Jay is also involved in the Alberta Wheat Commission. He proudly wears his RealAg T-shirt. We like that.

John Guelly — @WheatGeerJJ — The king of the hashtag, John farms at Westlock, Alberta.

Debra Murphy — @AgDebra — You may never see her in public, as she’s squirreled away on her farm in the wilds of Alberta, but if you want to talk about mixed farming with a young farmer, she’s the one.

And here are a few national accounts and companies that are very active on Twitter and are sure to interact with you should you want to chat!

Syngenta Canada – @SyngentaCanada – Have a question about products? Agronomy? Seed care? Drop them a line!

(It should go without saying that @RealAgriculture, @ShaunHaney @RealAgVideoGuy and @RealAg_Lyndsey should top this list. We’re not afraid to toot our own horns, so give us a follow!)

What’s Hot at Crop Week and the Crop Production Show

New John Deere combine gets the #AndyClean stamp of approval