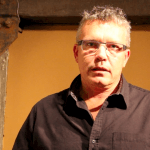 The discussion around proposed changes to the check-off funded associations in Western Canada is growing significantly. No, not everyone is on-side with the idea — many grower group members feel they best serve the commodity’s interest individually, and are opposed to joining ranks across provinces and especially not nationally.

Danny Penner is one of those, however, who says these groups are so fragmented and narrowly-focused that farmers’ money isn’t going as far as it should or could. But how do provincial associations merge? Where do councils and associations fit in? Penner, who farms near Letellier, Man., has an idea, but he says he’s acting as a conversation starter and thought provoker here, not as the designer of the change.

RealAgriculture.com asked Penner how farmers who agree with the concept of more co-operation with other grower groups move the idea forward. It would seem many are concerned that provincial or regional interests would be lost in a mega-group. He disagrees, and, instead, envisions strong commodity-specific groups with provincial representation feeding in to a larger organizational group, a sort of executive level from each group. This, he says, puts the power to drive change firmly back in farmers’ control.

Danny Penner provided these Q & A responses to some frequently asked questions:

A: Well, they aren’t really. You can’t count how many different organizations speak on behalf of farmers
these days, let alone get a quick, clear answer. Common interests are approached by different groups,
and there’s unnecessary overlap in administration.

This is a plea to farmers to take more of an interest, and greater control to ensure the industry is led in a
direction that represents properly-defined priorities. Just think what one organization could accomplish
by taking the best of what every individual group is doing today, and combining resources. Canadian
farmers may as well think like neighbours because their interests in the marketplace are essentially the
same. Certainly they are similar enough to expect the gains from working together to more than offset
what today’s farm leaders might perceive as a loss of autonomy.

Q: Do all the provincial commissions need to be set up first, before they can get rolled into one?

A: If there is the will, then farmers and government can together find a way to set up a national
producer-run organization instead of a bunch of small crop-specific, provincial commissions. If, under
current legislation, administering producers’ contributions requires establishing provincial check-off
mechanisms first, then let’s ask for a change to the legislation and regulatory allowances, or whatever it
takes to make this happen in a broad and effective manner quickly.

There’s no reason for any government, in power or in opposition, to argue with this idea. It’s not
a political initiative in any way. Empowering farmers to work together to promote the interests of
producers and consumers is the way to solidify the future of Canadian agriculture.

Q: How are the needs and opportunities of smaller crops going to be addressed by this approach?

In large and small organizations controlled by farmers and funded with public and producer dollars,
it’s always the smaller crops with the best opportunity for growth in farmgate returns that get the
most attention and new resources. By couching all the work in one streamlined, focused organization,
shedding light on these opportunities and allocating resources to them will become much easier.

Furthermore, decisions about funding priorities will be identified, reviewed and decided on by producers
representing each region of western Canada. These producers will be elected by farmers casting votes
allocated according to the amount of checkoff contributions made to each sector Commission, ensuring
appropriate representation of all crops at the Board level.