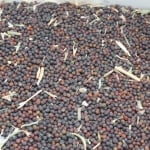 China’s decision to open another of its crushers to Canadian canola seed improves market access, according to the Canola Council of Canada. The authorization of three new crushers in the last few months means China now has the capacity to import an additional 1 million tonnes of canola seed from Canada, Canola Council of Canada (CCC) president Patti Miller says in a press release.

“This is an important step forward for our industry, and for stabilizing our relationship with this valuable trading partner,” says Miller. “It shows what can happen when you apply good science and work with a trading partner to solve a technical trade issue.”

Miller also attributed the move to a successful industry and government partnership in resolving market access issues. She thanked Agriculture Minister Gerry Ritz for his leadership on this issue.

China’s inspection and quarantine agency, AQSIQ, has given the go ahead for the crusher in Nantong, CNOOC-Biolux to begin importing canola seed from Canada on a trial basis. CNOOC-Biolux is located in Jiangsu, one of the major rapeseed growing provinces. It is the first crusher in the rapeseed growing region of China permitted to import canola from Canada since the blackleg quarantine order in 2009-10, which stemmed from concerns about canola seed testing positive for blackleg. This brings to 11 the number of crushers now approved to accept Canadian canola seed since the quarantine order.

“We are confident the trial will demonstrate that the establishment of blackleg in China’s crops can be effectively mitigated when China imports canola,” said Miller. “A successful trial could lead to a greater access to the Chinese market for the benefit of both Chinese and Canadian interests.”

China has gradually introduced provisional measures that have allowed seed to move to certain crushers. Because of these provisions, China was Canada’s largest market for canola seed in 2012. China imported more than 2.9 million tonnes of Canadian canola seed worth more than $1.8 billion. The total value of Canadian seed, oil and meal into China in 2012 was $3.14 billion.

Canada’s canola industry relies heavily on access to export markets, with over 85 percent of all production being exported as seed, oil or meal, the press release says. Canola is Canada’s top agricultural product to China, and China is a valuable and growing market for Canadian canola.